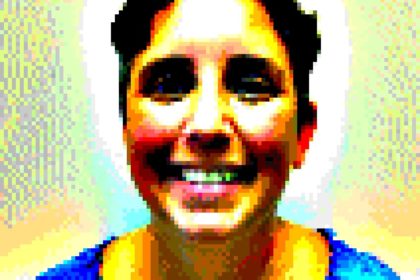 Angeline’s parents are from Cuba, though she grew up between upstate New York and South Carolina.  Angeline first lived in North Carolina in 1999, when she served as an intern for the Farm Labor Organizing Committee through Student Action with Farmworkers (SAF) in Durham, NC. After graduating from the University of South Carolina with a B.A. in Latin American Studies, she worked full-time for SAF through North Carolina Public Allies, then moved on to bring her commitment to social justice to non-profit organizations in Arkansas, Costa Rica, Alabama, and New York. Through her work at the Immigrant Justice Project of the Southern Poverty Law Center, based in Montgomery, Alabama, Angeline traveled extensively throughout the southeast, helping immigrant workers to understand and defend their rights. Prior to joining El Pueblo, she spent four years at La Fuente, an organization dedicated to empowering immigrants and workers in New York City and Long Island.  “I love being in a place where diverse Latinx identities are celebrated, and we can express ourselves in different ways,” she says. “I didn’t have a place like that growing up, and it’s great to be able to work together to promote social justice.”  She enjoys playing soccer, reading and dancing in her free time.  She identifies as queer, and uses the pronouns she/her/hers and they/their/theirs.